Why Do They Get it So Wrong?

The recent fiasco at British Airways got me thinking, why do airlines get customer service so wrong? Facing a compensation bill of over £100m and untold damage to their reputation. Can it be that hard to get it right and avoid such a disaster?

Innovation is at the forefront of British Airways digital strategy; they’re seen as an industry leader. They’ve worked hard to reduce costs through this policy over the past few years. One thing they failed to have done however is to make sure these systems had suitable redundancy. The failure itself was blamed on ‘a power supply issue’, a relatively innocuous thing if you have redundancy in place as I’m sure most IT professionals would agree. Power suppliers, however, have refuted this claim. Without a genuinely independent and public review, we may never know the truth.

A spokesperson for Scottish and Southern Electricity Networks said “there is no record of a ‘power surge’ on its network” in the Harmondsworth area — where BA’s headquarters is situated — on Saturday morning.

Last December they also off-shored their IT operations to India to cut costs. Further, something BA chief executive Alex Cruz claims did not affect the IT failure.

So, what do they need to do to get it right?

IT failures happen, I know, I work in the industry, but the lack of geo-located, redundant systems is almost unforgivable for an organisation the size of British Airways. Next, comes the IT department, it would appear that the team didn’t know it’s roles and responsibilities and contributed to this prolonged outage.

Where do you start with this one? The outage began early on Saturday morning, the 27th and British Airways should have switched straight to ‘crisis management’ mode, what do they do? Well, the chief executive chose to hide for three days before making a public apology, this delay immediately meant he had to go on the defensive. The reason he gave for his apparent absence? “He said he was busy communicating with passengers, via social media”. In a further (leaked) passive, aggressive communication to staff the CEO also said;

Guys, either you are part of the team working to fix this or you aren’t … I would kindly ask you to refrain from live commentary…

…you couldn’t make it up.

They were quick to put messages out on social media and get web pages up and running to allow people to re-book, but some of these phones were on premium rate numbers. Regarding re-booking, there are claims that BA intentionally profiteered from trapped passengers by charging them a premium to upgrade people to other flights.

Many airlines do customer service poorly, take EasyJet. A quick look at their Twitter stream or the website iHateEasyJet.com shows just how poorly they perform in the customer service stakes. I wrote about the best and worst airlines on social media a while back.

So, what do they need to do to get it right?

Communicate, and communicate in a personal way. I would agree communications can only go so far, but they have to do better than they did. Next, don’t rip off your customers, help them, and they will remember it. Next up, compensate and refund affected customers automatically, don’t make them jump through hoops to get what they’re entitled to. Finally, get in front of clients, don’t hide. Regardless of how bad things are or how uncomfortable it may be, it’s your job.

Never one to miss a trick, Ryanair soon put out this tweet;

Have you been caught up in the BA fiasco? Do you think Alex Cruz should resign? Leave me a comment or tweet me. 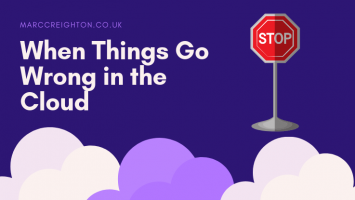 When Things Go Wrong in the Cloud 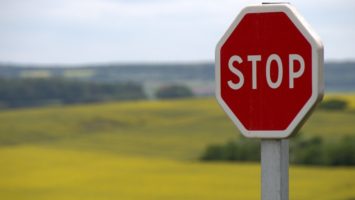 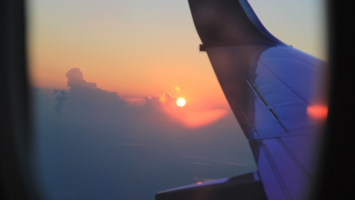